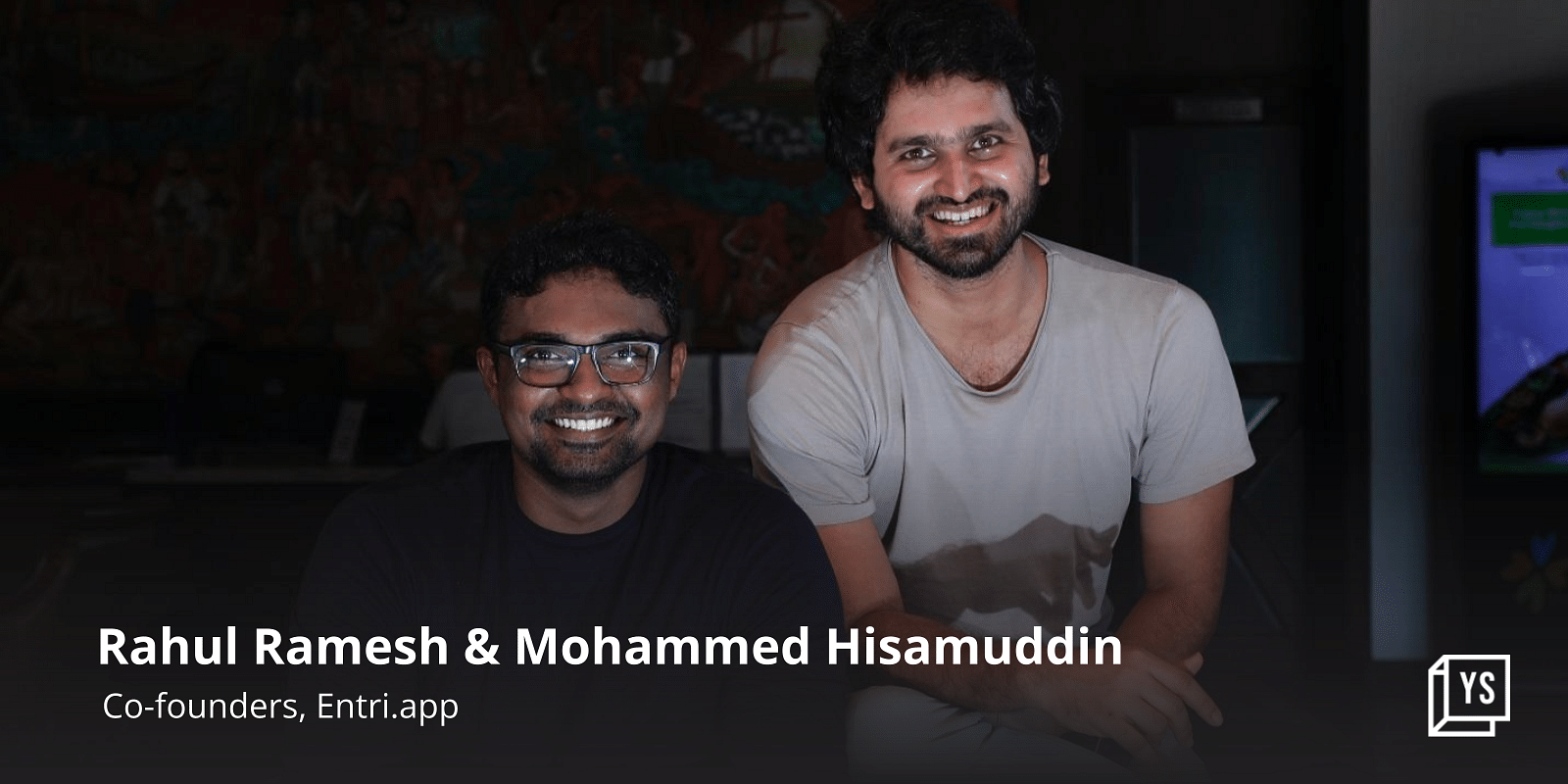 Sajitha, a mother of three, lost her husband Subash in an accident in 2017. Struggling with depression, Sajitha, 37, struggled to regain her life and support her family. It was then that she met Pradeep Mukathala, an educator at ﻿Hall﻿.app, through a mutual friend. After taking a course at Entri.app, Sajitha was motivated to enter the world of the PSC (Public Service Commission).

Sajitha, through her hard work, managed to get a government job. Having scored well on the exam, Sajitha is now confident in her ability to support her family.

Similarly, Renjith, an auto rickshaw driver from Kollam district in Kerala, was inspired to prepare for PSU exams after coming across a video by Entri.app educator Sujesh Purakkad. While juggling work and exam preparations was a challenge, he managed to earn the 89th rank in the LGS (Last Grade Servant) of Kottayam district.

The journey of Kochi-based Entri.app has always been shaped by the many stories of passionate students who overcame their difficulties and excelled in their studies.

Launched in 2017 by Mohammed Hisamuddin and Rahul Ramesh, Entri.app offers different types of content such as videos, mock exams, study cards and podcasts in regional languages ​​to help users pass exams for jobs. government or to perfect them for private employment.

“There are over 400 million people (between 18 and 35 years old) in India who are not proficient in English, but with the right kind of learning experience in their native language, they can improve their chances of employability. They don’t have access to quality structured content in local languages ​​that can help them improve their skills to get jobs in government or in the private sector. This information led to the launch of Entri.app,” Mohammed Hisamuddin told YourStory.

Some of its most popular programs include spoken English, government job exams, coding and finance courses, among others.

Apart from recorded content, Entri.app also offers cohort-based programs, in which a subject matter expert who speaks the user’s local language hand-holds a group of students to achieve their goal, which they whether it’s getting a government job or speaking English better.

The company also offers cohort-based courses like Entri.app Gold, which matches a group of students with an expert mentor who speaks their local language. The mentor ensures that aspirants achieve their goal through live interactive lessons, analysis, community group activities, and one-on-one guidance.

“Entri.app is a top Android platform with 1 crore downloads as 99% of job applicants in India use Android,” says Hisamuddin. He adds that Entri.app focuses on the non-English speaking segment and has created unique solutions for it. In the process, it gained a head start with exposure to 10 million registered users (2% market share) and 400,000 paying users.

Hisamuddin and Rahul met through a mutual friend. While Hisamuddin previously built an SMS response engine and SaaS dashboard for coaching institutes, Rahul, an inveterate techie, has been building scalable technology projects since his college days.

Rahul was also part of the SaaS project for coaching institutes with Hisamuddin and key insights in the vernacular market led them to launch Entri.app.

Entri.app has a team of over 500 people now.

“Scaling into different regions was a challenge when you are building an early vernacular platform. India is like a continent, similar to Europe. Each state/region is different and has its own mix of language, cuisine, culture, etc. If you build a vernacular startup and have a playbook for all of India, it won’t grow,” says Hisamuddin.

In February 2022, Entri.app secured $7 million in a Series A investment round, bringing the total amount raised so far to $10 million. Some of its investors include Omidyar Network India, Good Capital, Gokul Rajaram (Doordash) and Sriram Krishnan (partner at A16Z).

Entri.app claims to have had 10x fiscal revenue growth over the past two years and is on track to repeat the same in fiscal 23 as well.

It has over a crore of registered users, of which 400,000 are paid users. The platform provides 5% of its content for free, and users will have to subscribe if they need to access other programs like Entri Crash Courses for Rs 1,500 and Entri Gold for Rs 5,000 on a base annual.

According to a report by IBEF, the Indian edtech industry was valued at $750 million in 2020 and is expected to reach $4 billion by 2025 with a CAGR of 39.77%. This growth is driven by the increasing demand for non-academic courses from Tier II and III cities and the need for customization in the edtech space.

Started with an investment of Rs 25 lakh from friends and family, Entri.app is now on track to increase its Series B funding round in early 2023.

The world’s largest online university has one of the best international faculty with over 4,000 professors