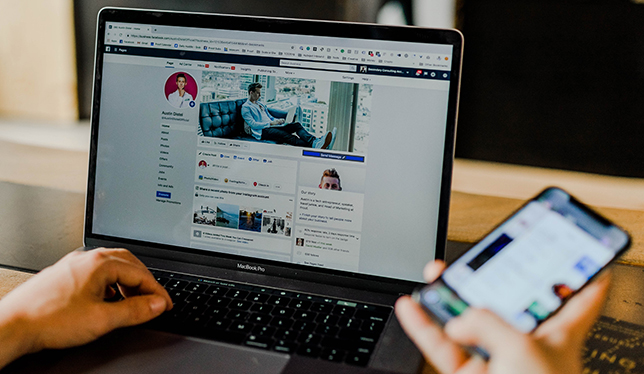 Now is the time to talk about ethical considerations and best practices for these kinds of announcements.

Digital technology, including social media, has radically transformed the university landscape over the past 10 years. Some of these changes have been positive, some negative. Some platforms like Twitter have made it easier to build online communities for academics, creating spaces where we can support each other, engage in conversation, and share our work. But at the same time, new publishing sites, like blogs, have put even more pressure on graduate students and early-career academics to produce material. Other changes are less easy to categorize, but raise important questions that we as a field must address. In this case, I’m talking about the increasingly common practice of online job posting. To be clear, I’m not talking about the job postings, but rather the advertisements of people who get the jobs and / or promotions.

In the Dark Days (before social media), the announcement of hires was much more subdued. When someone was hired, the search committee would of course break the news to the rest of their department, and could even post a notice in the department’s bulletin or bulletin. The successful candidate can phone their friends to let them know the good news. And sometimes, especially in high-profile cases, the department or university would make an official announcement, but usually only after all paperwork was completed and the new recruit was in the field and ready to go. And that’s about it.

Nowadays, perhaps as a broader symptom of the information-sharing culture that has emerged with social media, new appointments are often announced by the candidates themselves on platforms like Twitter and Facebook, often months before they start their jobs.

I want to be clear here. I love hearing these announcements. I always love to hear from friends and colleagues who have been successful in the workforce, and I want to celebrate with them. And I understand. If I ever get a college job, I know I want to shout it from the rooftops. And in some cases, these announcements can be powerful affirmations of success. For example, when someone from a marginalized group gets a tenure-track position, making an online ad can be an important political statement, especially given the hurdles they’ve overcome. But I think the time has come to talk about ethical considerations and good practices for these kinds of announcements.

Historically, there was a sort of “cone of silence” around job searching. Candidates would submit their applications and, unless selected for an interview or a campus visit, had no response for months. With the advent of sites like Academic Employment Wiki, much of this process has been debunked. However, online job advertisements can still come as a shock to other applicants. This is especially true for applicants who have been interviewed. While some departments require successful applicants to wait until they have informed other applicants, this is not always the case. While this has never happened to me personally, it has happened to people I know. And I can only imagine how painful it can be to see this news.

The second problem is that these announcements can be somewhat callous given the state of the job market. Around 7,000 new PhD graduates enter the workforce each year. Just about 20% of these people will end up with a full-time or tenure-track position, even if only two percent of jobs outside academia require a doctorate. No matter how much we wish it were otherwise, academia is not a meritocracy. The success or failure of job applicants is often based on factors beyond their control. There are many talented academics who remain in precarious positions through no fault of their own.

Finally, as academics like Gill Frank have noted, these announcements fail to recognize the fact that our profession exploits the unpaid and underpaid work of precarious academics and graduate students, and the successful candidates join the ranks of the individuals who benefit from this exploitation. It is important to keep in mind that with shrinking budgets and increasing student numbers, Canadian universities now depend on the work of lecturers to function. Lecturers are paid significantly less than regular faculty members (and have no fringe benefits), on the pretext that they are only responsible for teaching. But anyone who’s been a precarious scholar knows that sessional instructors rarely â€œjust teachâ€.

I don’t claim to have all the answers, nor do I think online job postings are going to go away anytime soon. But I think as online job ads become more and more common, we need to start talking about how to handle them in a respectful, ethical and responsible manner. One way would be for institutions to adopt more broadly a policy of asking successful applicants not to advertise until other applicants are notified, as I mentioned above. Another idea that I like, and Frank argued for, it is up to the advertiser to explain what he is going to do to help precarious people and make the profession less exploitative. If you need ideas, AimÃ©e Morrison has a fantastic list, including suggestions like advocating for more stable contracts for precarious workers, pushing for more diverse hires, and working to ensure tenure continuity. Just to give you an example, I especially liked my colleague historian Whitney Wood’s announcement when she announced she was joining Vancouver Island University:

Glad to officially announce that I have joined @ VIUniversity as Canada Research Chair in Historical Dimensions of Women’s Health. Looking forward to working with new colleagues in @VIUHist and across campus, and to explore Nanaimo and the Island! https://t.co/RMUlhUxUBn

What do you think of online job advertisements? Do you have any suggestions on how to make them more ethical / responsible? Let me know in the comments below.

This piece is based on a series of conversations that have taken place with several friends over the years. Thanks once again to Krista McCracken, Gillian Frank and Whitney Wood for their comments on a previous version of this article and to Whitney Wood for agreeing to quote it.