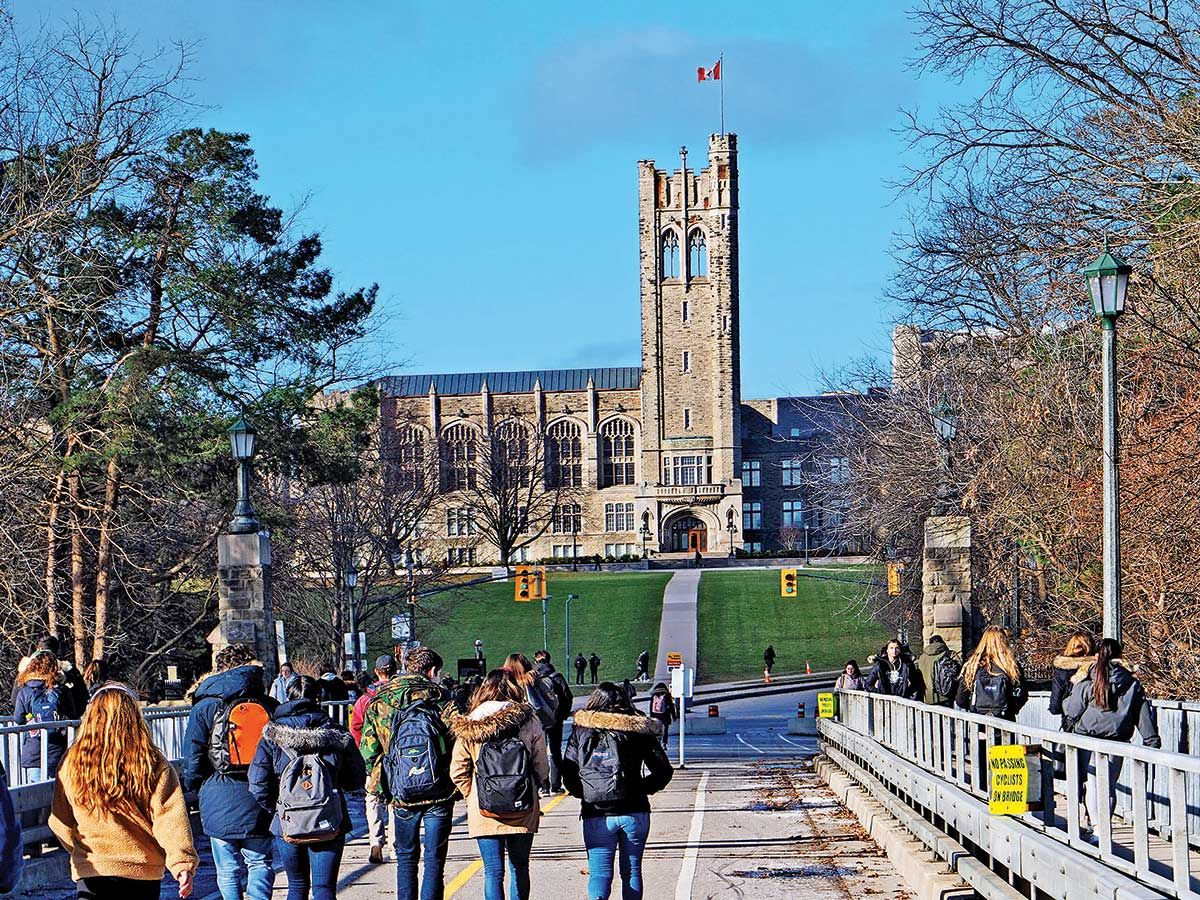 Phew! The online study will not affect the Canadian work permit

In a major relief for students choosing to study in Canada, the Canadian government has announced that these students will be eligible for Post-Graduation Work Permits (PGWP) even if they are studying online. The announcement comes amid huge delays in issuing student visas.
The Canadian government has clarified that a student enrolled at a university in the country and studying online from a country other than Canada will not have their work permit eligibility affected if they submit the study permit application before the 31 August 2022.

Students starting their program between September 1, 2022 and August 31, 2023 can take up to 50% of the course online without affecting their PGWP eligibility.
In addition, starting in September 2023, all study time spent outside of Canada will be deducted from the duration of the PGWP. This will help thousands of students whose visas have been delayed.

Visas pending
According to data from Immigration, Refugees and Citizenship Canada (IRCC), nearly 54% of student visa applications are pending. Like July 31,
2.1 million such apps
were pending. There have been
considerable increase in the number of students seeking study visas. As of July this year, 3.6 lakh applications have been finalized, up 31% from the corresponding period last year.
Nearly 4.5 lakh Indian students reached Canada in 2021, an all-time high. In 2020, when the pandemic was in effect, nearly 2.2 lakh Indian students landed in Canada. India accounts for nearly 35% of Canada’s international student population, followed by China, France and Iran.

Advice from the High Commission
Meanwhile, the High Commission of India in Ottawa, in a notice, has asked affected students to send a request for information and urgent processing of their student visa through the IRCC web form for to the study permit. He said that for students who wish to defer their admissions, universities communicate the options available to them, including deferring admission to a
term later.
Hemant Shah, director of Overseas Friends of India, says the pandemic caused the delay. Shah said parents should speak up about the delay and seek reimbursement from universities. “The number of Indians holding study visas, work permits and residence permits has doubled in the past two years,” Shah said.
Bhavin Thakkar of Careerline Education Foundation in Ahmedabad said almost 40% of student applications have been pending for more than three months. “Previously applications were processed in 1.5 months, but now it takes three months to get the approval letter and then the visa process starts. Only students who applied well in advance were granted visas, but many risk missing the September deadline.
This announcement by the Canadian government will benefit thousands of students,” said Thakkar.

The students speak
Sanjay Pillai, who studied film, applied for a degree in animation at Conestoga College in Kitchener, Ontario. His classes were due to start on September 6, but he is waiting
his visa.
“The policy allowing students to start their online courses from outside Canada was scheduled to end on August 31, 2022, but has now been extended to August 31, 2023. I have yet to receive official confirmation from college regarding the announcement, but the decision comes as a relief to students like me who have not yet obtained a visa,” Pillai said.
Varun Patel, another aspirant who applied for a PG degree in health care administration at Cape Breton University in Nova Scotia, said he was waiting for his visa. “I was worried about the timing, but now the Canadian government’s student-friendly approach has eased my concerns,” Patel said.

Phew! The online study will not affect the Canadian work permit