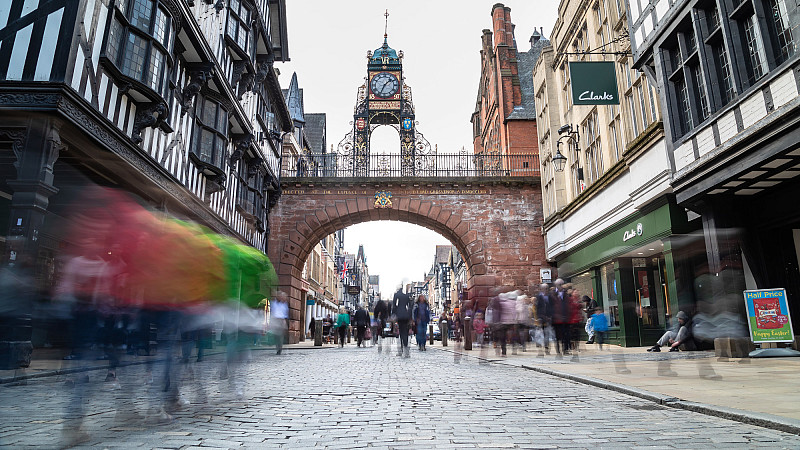 Chester has been named the most beautiful city in the world, following a study carried out by Online Mortgage Advisor.

For the study, researchers scanned Google Street View for face-on photos of hundreds of streets and more than 2,400 buildings in historic cities around the world. They plotted points at the corners of each building to calculate the “proportion of the longest and shortest lengths of its dimensions”. These proportions were then compared to the famous mathematical “golden ratio”, beloved of classical architecture, to see how well they lined up.

The golden ratio (1:1,618) reflects a set of proportions that have puzzled and studied by mathematicians since ancient times. Rapport is often found in the natural world, including in flowers and seashells, and for reasons that cannot be fully explained, humans find objects that unfold with this inherently beautiful rapport.

With 83.7% of its buildings matching the ratio, Chester was ahead of Venice which was declared second, London third, Belfast fourth and Rome fifth.

Colin Potts, Head of the International Tourism Management Program at the University of Chester Business School and former Chester Tourism Director, said: “To some Chester residents this new accolade might come as a surprise, but it really shouldn’t not be the case, as the city’s built environment has been the main attraction for millions of visitors for hundreds of years.

“An extensive visitor survey conducted over five years when I was responsible for tourism in the 2000s consistently placed architecture, buildings, historic character and walls high on the list of things that most impressed visitors. The only topic that rivaled these was walkability – with visitors enjoying being able to see so many fabulous buildings so close together.

Neuza Morais, guest lecturer in interior design and creative practices in education, added that Chester’s buildings were one of many attributes of the city that deserved recognition.

She said: ‘It was no great surprise to see that Chester was rated the most beautiful city in the world by the golden ratio, but a city cannot be seen or rated by its beauty alone. Beauty is good for tourism, which is a big consequence, but it is not what makes it live, evolve and thrive. A city is a living organism and Chester is so much more than beautiful buildings, it’s vibrant, creative, friendly, safe and with a strong sense of community. Chester has a soul.