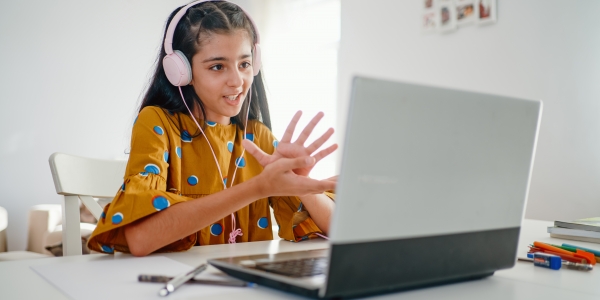 Covid and schools: e-learning increases up to 92% this quarter

The online school Oak National Academy saw a sharp increase in the number of students using its online courses this quarter – with numbers nearly doubling in one region – indicating the extent of Covid disruption in schools.

While many principals anticipate the possibility of distance learning starting in January, figures from Oak show how a growing number of schools have already made the switch in recent weeks.

Nationwide, the number of Oak classes started by students increased 62% in the fall term, Your may reveal, as the absence of Covid increased.

Student absences for Covid-related reasons also increased during this period, from 122,000 to 238,000.

The largest number of lessons recorded outside of containment was in the week ending July 11, when Oak had 798,000 class starts and an estimated 821,000 public school students were on leave due to Covid.

Little data from the Department of Education has been released on school absences or closings at the local authority level this quarter, but figures from Oak suggest that there have been large regional disparities in learning across the country. distance.

Regional disparities in the uptake of Oak National Academy courses

The Southeast region – particularly affected by Covid cases towards the end of the quarter – saw the largest percentage increase in classes started between the first and last week of the fall 2021 quarter (92%).

The Northwest saw the smallest increase in the number of course starts this quarter, with growth of 16 percent.

Last week, Data from the Office for National Statistics found that educators were 37% more likely to test positive for Covid, while the absence of teachers and leaders increased by 20% in two weeks on December 9.

And it is widely feared that this disruption will worsen in the next term. From this week, former teachers can request to return to class, after the DfE announced measures to address the gaps caused by teacher absences linked to Covid.

Speaking of the return to schools in January, Mr Hood said: “I think we will see an increase in the use of distance education, the Oak National Academy and many other platforms, which matches the success of the mitigation measures …[and] how successful these interventions are. “

â€œWe saw this pattern occur in June and July of last year: site users were reaching … 900,000 students per week.

“What happens in January will depend entirely on the success of government measures in controlling the spread of the virus.”

He said Your that Oak would “step up our support and guidance to teachers in the New Year to help efforts to keep everyone learning.”

But there is concern that as the Omicron variant spreads and school disruptions increase, some students may not be able to access online classes due to mobile data charges.

Earlier this week, Your revealed that Oak is urging BT to restore free access to online courses to help students work remotely, amid the spread of Omicron and anticipation of further disruption in the next term.

BT later said he was studying how this could be achieved.