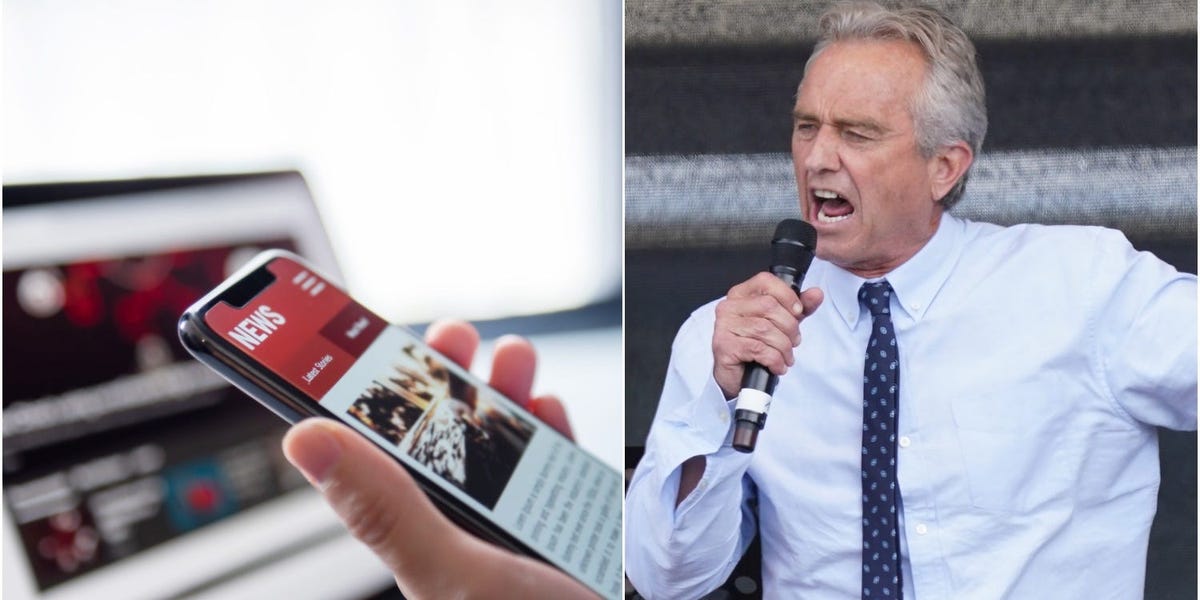 The majority of COVID-19 misinformation shared online comes from just 12 people, according to a report from the Center for Countering Digital Hate (CCDH).

The CCDH analyzed 812,000 anti-vaccine messages shared on Facebook and Twitter between February 1 and March 16, 2021. It found that 65% of this content could be attributed to what is dubbed the “dozen of disinformation.”

On Facebook alone, the CCDH found that these 12 people were responsible for 73% of the anti-vaccine content on the platform.

The report, originally released in March, gained attention after White House press secretary Jen Psaki referred to it in a briefing Thursday.

Read more: Anti-masks use fake medical cards to avoid scrutiny for not wearing blankets in public

The misinformation dozen are made up of a bodybuilder, wellness blogger and religious fanatic, The Guardian reported.

In addition, most notably, it includes the nephew of former President John F Kennedy. Robert F Kennedy Jr is a prominent anti-vaxxer who has proliferated misinformation linking vaccines to autism and COVID-19 shots to 5G phone technology.

Less than half of the Dozen of Disinformation Dozen – Kennedy, Sherri Tenpenny, Rizza Islam, Sayer Ji and Kelly Brogan – have had one of their social media accounts deleted or partially deleted, according to the study.

“The most effective and efficient way to stop the spread of damaging information is to remove the platform of the most visible repeat offenders, whom we call the Misinformation Dozen,” the study said. “It should also include the organizations these individuals control or fund, as well as any backup accounts they have created to escape deletion.”

In India, teachers are insufficiently trained to teach online: study